- June 20, 2020
Click to read part two here
FORBIDDEN (PART THREE)
Martins couldn't sleep that night, he could not wait for the dawn of a new day either. He kept on tossing from side to side on the bed, Alice woke up at some point to ask what the matter was but he lied that he was just worried about his family being left in hunger every now and then. Alice encouraged him as usual that things would fall into place soon and if there is any consolation, reuniting with Eric seems to be God finally answering their prayers now.
Morning finally came and true to his words, Eric was already in the church even before they got there.
When service ended, Alice greeted and thanked him again for the money he gave to her husband the previous day. "Anything for my brother", Eric replied "I should even be the one to apologize for not coming to see you in the house to formally thank you for taking care of my friend and my boy Jason" as he stroked Jason's check.
"This is especially for you and my boy" he did as he handed her a bundle of one thousand naira notes. Alice thanked him and soon after left him alone in the company of her husband and two other brothers in the church whom Eric had earlier introduced as his business partners but between him and Martins and even the brothers they knew what was underground that term "business partner".
On his way home, Martins couldn't stop wondering how possible it was that not only Eric being involved in the gentlemen's club but also the two prominent members of his church. Alice noticed he was lost in thoughts again.
At home, Alice asked what the matter was this time and he should only tell her the truth but he told her about a business deal Eric wants him to be involved in and he doesn't think it is a legitimate one. She advised him to do only what is right and not allow his present predicament to drive him into doing what he will regret and not
forgetting the place of God in it all. 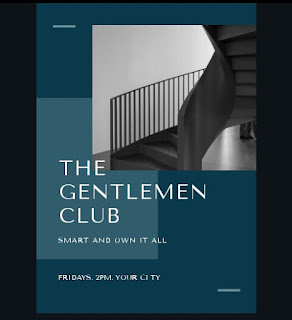 Later that week, Eric called Martins up to come to attend a meeting with a client he was meeting at Sheraton.
By the time Martins arrived there, he couldn't believe his eyes seeing the caliber of people he was meeting with. Top men that he used to dream of getting to open accounts while he was working in the bank.
He was well received and welcomed into their midst as if they have known him for long and there wasn't even a feeling of class consciousness in the air. Indeed he felt at home.
Two days after he met up with one of the men in the same Sheraton who Martins will later find out to be the president of the gentlemen club in Abuja.
When they met he gave Martins some guidelines and rules he must follow.
****************************************************************************
What do you think will happen next?
Share your thoughts in the comment section.
Click to read the 'Forbidden'  part four here
Remember to subscribe and share the link with friends.
Thank you.
© Rachel Jesuseme
SHORT STORIES- TRUE TALES