My Journey. From The Beginning! 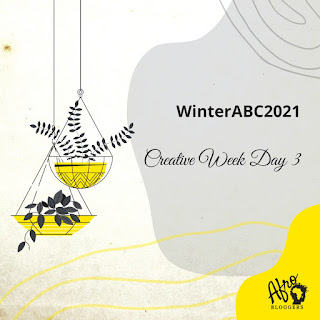 “You can choose between being a mechanic or a bricklayer (mason) since you don't want to go to school again.”

“Daddy, I am a girl. I can not do such tedious work. I can only do tailor or saloon work”.

“No o, that will not happen in this house. If you are bold enough to quit school because you want to be stupid, then you should be strong enough to do any task that comes your way too”.

It is either mechanic, bricklayer, or nothing in this house and that is final.

That was one of the many unending conversations between a father and her strong headed daughter, and this wasn't the first time.

“I bind the two of you in Jesus name”

“There's nothing to bind here Inye Joshua (Mama Joshua), this girl has chosen her path in life and I will gladly support her course”

I had just gotten admission into the University and that was the most horrible time for a 16 years old girl like me. *I've had worse days in life since then*.

I should have been over the moon as expected but the case was different because my dream was about to be cut short.

I grew up as a child with a fantasy for Art and its Creativity but there was a challenge. My father. He always thought anyone in the Art was either a joke not to be taken seriously, or a fornicator who just wanted a license to practice in the “act of locking lips together” all in the name of a romantic movie scene, and so wouldn't want to see his daughter involved in such.

Like most African parents, he had it well spelt out, Lawyer, Doctor, Engineer, and all other “prestigious” occupations or nothing else. So I bought into Law and I had no stress convincing myself into it especially since I was already the chief of argumentative essay in the family 😂

My Jamb score was off the hook, with that it even became clear that I was ready to be on my way to becoming “Madam Law” (I adopted the name). I already started walking the walk and talking the talk of a Lawyer. My black on white student outfit was ready. I was ready.

Then came the shock! My admission letter from Ambrose Alli University came out and boldly written on it was “CONGRATULATIONS YOU HAVE BEEN ADMITTED INTO THE THEATER AND MEDIA ARTS DEPARTMENT”

My first response was how?????

First of all, before the time, I haven't even heard of such course of study before. Second, I didn't even fill English Language as my second choice. My first and second choice was both Law. How do you throw someone into a completely different Department and Faculty for that matter?

Well, that wasn't for me. If for anything I trust my Father to at least use his “long leg” to get his friend in the Faculty of Law to do something about it.

Off we went to the Dean and there I was like a spoilt brat making a case for myself while my father watched on. After all my ranting, the Dean cleared his throat, leaned back on his black roller seat that was already peeling off ( I later got to know that was the trademark of all office chair in AAU)

Oh well, he cleared his voice and said “babygirl, I hear your case but I'm sorry my hands are tied. There's nothing I can do.  That was my first time hearing and know exactly what that meant.

He however gave a condition; that I continue with Theatre Arts and come back after the first semester for a change of course, and if the process falls through I can take the first semester courses in my second year as carryover.
What a wawu!

There and then, I made up my mind that I wasn't going to school anymore.

My father did all he could to persuade me to change my mind, including denouncing his claims that people in the Creative and Arts are unserious and wayward people but it was Law or nothing else.

One month later and still on the matter, I guess he was already tired of my whining so he gave an ultimatum; either to go to school or become a bricklayer and mechanic😀

So off I went to school and I am glad my Dad pushed me and I obliged because the next academic year was when the Jamb Post UME started which was and is still unfavorable to many till date.

Adjusting to my new department was easier than I thought. I met a few people like Wendy Imasuen (my Dad practically handed me over to him) and he was a guild till he graduated (he was two years ahead of me)

I got initiated into the system (some form of rituals for the Arts) which was a bit scary but then, the show must go on.
Fortunately for me, it was production week and I fell completely in love.

Now tell me! What is there not to love?

And that is exactly how my journey started.

You see that Madam Law? We will settle the matter later. Just last week, I was having one of my heated conversations with Papa Matana, then he stopped and said, “Thank God you did not study that Law because you would have just been jailing people for six hundred years by now” lol.

I don't know how I would have been able to survive in a law court when I can't even win my five years old daughter in an argument.

I guess the plan was always to be an advocate.

God's plan is all that matters, then our willingness and availability to do that which He says.

Today, I continue to raise my voice and advocate.

I might not be in a courtroom defending a case or jailing people for six hundred years but my pen is mightier than sword!

This is my story, from the beginning.

JAMB (Joint Admission and Matriculation Board) is a Nigerian entrance examination board for tertiary institution.

PS: Did you ever read the tales of my flat chest and my flat behind? SMH! Please look at these pictures again, then click on the link here to have a good laugh.